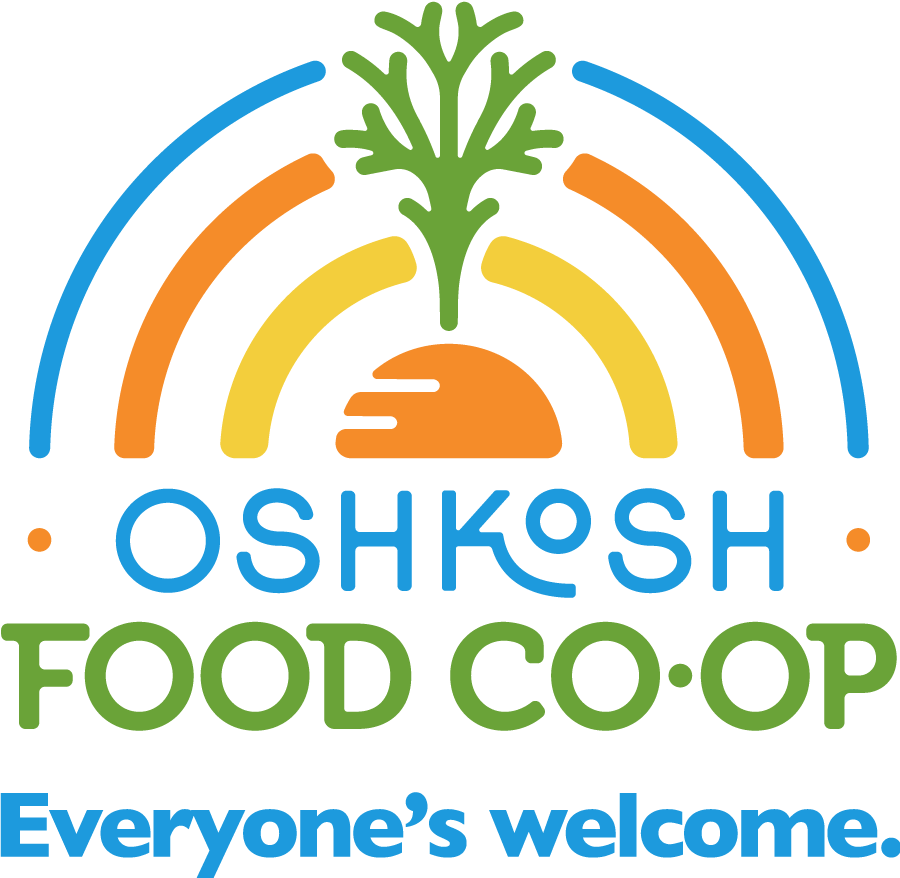 (Oshkosh, WI) – In preparation for the opening of the community-owned grocery store later this year, the Oshkosh Food Co-op has introduced a new logo to replace the tractor logo used throughout its start-up phase. The food co-op, the first in Northeast Wisconsin, is entering a new phase as it prepares to open in late summer/early fall 2021.

“For the last eight years, the Co-op has been planting seeds and cultivating them to grow into a full-line grocery store in downtown Oshkosh,” says Jay Stoflet, board member and membership recruitment and communications team lead. “The former well-loved tractor logo reflected that promise.  The rebranding is timely as we prepare for store-opening.  It reflects how the organization will move forward.”

The new logo is intentionally symbolic.  The rising sun signifies a new day, and a new movement, as the first food co-op in northeast Wisconsin.  The member-owned grocery store will emphasize “buy local” with a goal of sourcing at least 20% of its products from Wisconsin growers.  The sprouting carrot greens represent the harvest of eight years’ cultivation to provide a community-owned full-line grocery store in the Oshkosh central city and food desert. The three rings surrounding the carrot represent the food co-op’s vision for strengthening the local economy, promoting health and building community.

“The rings that surround the carrot are such important elements,” said Molly Smiltneek, Oshkosh Food Co-op vice-president.  “They remind us that we are more than a grocery store.  Our vision is who we are, with intent ‘to strengthen the local economy, promote health, and build community.”

Drew Mueske and the team at Offbeat Press/Hype Visual were selected in a competitive process to design the food co-op’s new identity, which was introduced to co-op member-owners at the co-op’s annual meeting.

About the Oshkosh Food Co-op

The Oshkosh Food Co-op is a community-led effort to open a full-line grocery store in the heart of Oshkosh, available to all shoppers. Modeled after member-owned grocery stores in Wisconsin and nationwide, Oshkosh Food Co-op organized in 2013. Individuals and organizations from throughout the region are invited to help the Co-op realize its vision — to strengthen local economies, promote health, and build communities — by purchasing ownership shares. An ownership share costs $180, payable all at once or in 18 $11 monthly installments. The Oshkosh Food Co-op is a member of National Co+op Grocers. To learn more, and to become a member-owner, visit www.oshkoshfoodcoop.com/join